The Sarah Palin nomination has led to some passionate discussions in the Catholic blogosphere about the responsibilities of mothers with young children, and whether such mothers ought to be running for public offices which demand so much of their time. These discussions have tended to be quite thoughtful, and a welcome contrast to the way these issues have been framed and discussed in the MSM.
Catholics understand motherhood to be much more than a biological function; it is above all a vocation of service, love, and self-sacrifice. Perhaps the most powerful and eloquent explanation of this is John Paul II's 1988 apostolic letter, Mulieris Dignitatem. This letter is mandatory reading for anyone who wants to understand the beauty of grandeur of the role of women in God's design. I first read it as a young single man, long before I even met Mrs. Yeoman Farmer, and it gave me a tremendous appreciation for what my future marriage and family life could be --- if I married someone who shared the Church's understanding of the vocation of women. Fortunately, I found that "pearl of great price," and the rest is history.
In Mulieris Dignitatem, the holy father does not give guidelines or instructions as to when or whether mothers should stay home full-time with children, or what kinds of jobs they ought to engage in outside the home. But given his discussion of motherhood as a vocation to complete self-giving and love for one's children, it seems that the normal thing is for a woman with a family and young children to devote herself to them as completely as possible. This is the course we have followed in our own family; MYF left her job as an attorney shortly before our first child was born, and she has been home with our kids full-time ever since. She never speaks of having "given up" her previous career, because she knew all her life that marriage and motherhood were the ultimate vocation to which she aspired. Practicing law was merely an interlude between college and that ultimate vocation.

But God has different plans for some mothers. In some extraordinary cases, in addition to granting them children, God gives women special talents and gifts that he expects to be used and invested and shared to enrich the greater community. He calls these women, and their families, to prayerfully discern the best way to fulfil their vocations to both motherhood and community service. This service can take any number of forms: education, health care, government, nonprofit organizations, charities, foundations, and so forth. In discussing this, Mrs. Yeoman Farmer and I quickly came up with several examples of extraordinary mothers whom God called to extaordinary vocations of public service:

St. Gianna Beretta Molla. She is primarily known as the "pro-life saint" who chose to carry her fourth baby to term, even though that meant delaying treatment of cancer. As a re

sult of that choice, she died a very painful death just six days after giving birth. But what is less often remembered is, despite having three children under the age of four, she worked full-time as a physician --- even while her husband was overseas on business. (Doctors and medical facilities were scarce in post-war Italy.) As the Vatican's own website explains, "With simplicity and equilibrium she harmonized the demands of mother, wife, doctor and her passion for life." Clearly, she and her family viewed her medical practice as a vocation of service to others, something at which she was especially talented, and something extraordinary to which God was calling her to continue doing, even after the arrival of her babies.

St. Elizabeth Ann Seton had five young children, and with the death of her husband was in the position of raising them on her own and in great poverty. And yet, while those children were still young, Bishop John Carroll of Baltimore invited her to move to that city, found a boarding school, and then a religious order. That order grew to be enormously important in establishing Catholic education in the United States --- so much so that she is known as the patroness of Catholic schools. But she did all of this while raising her young children.

Queen Isabella, perhaps more than any other person, helped make Spain a great nation. At a time of enormous tumult, she and her husband (King Ferdinand) laid

the foundation for the unification of her country under their grandson, Charles V, the Holy Roman Emperor. In addition to defending against external threats from Portugal, and leading a fierce "reconquista" to take Granada back from Muslim occupiers, she was also the one who financed Columbus's voyage to the New World, which opened Spain's golden age of exploration and spread the Catholic faith around the globe. She and Ferdinand were also instrumental in confronting and rooting out corruption in the Church and elsewhere in their country --- so much so that the pope bestowed on them the title "Los Reyes Catolicos" (The Catholic Sovereigns). And she did this while raising five young children. (Do we see a pattern here?)

Isabella was one very tough lady, who challenged nearly every cultural norm of her day. Take a look at this exerpt from one junior high history book, which describes a time when Castile was under seige and on the brink of disaster: Isabel, now pregnant again, rode from town to town to get help. She raised troops, money and supplies. Isabel put her trust in God and spared herself not at all, riding tirelessly. At the end of June she took personal command of several thousand troops and drilled them expertly. They were animated by her spirit and her faith. Eventually she had assembled an army of 42,000 in Valladolid. (In the months leading up to the birth of one of her children, Isabella rode over 2,000 miles on horseback.)

Wiktoria Ulma was a Catholic wife and mother in Poland during the Nazi occupation. She and her husband Jozef had six young children and were expecting a seventh. But in those extraordinary times, they believed God was calling them to an extraordinary level of service to others: they sheltered several Jewish refugees in their home, despite the danger this might mean for themselves and their children. Eventually, Nazi patrols reached the Ulma home and caught them harboring these Jews --- and the entire family was dragged into the street and shot. The story can be found here and here.

MYF and I can't presume to read the mind of God, and aren't privy to any requests He may have made of Sarah Palin's family. But it seems to us that it is quite possible, and perhaps even probable, that at this extraordinary juncture in our nation's history she might be one of the instruments He has chosen to share her gifts of leadership --- five children and all. And perhaps it is precisely because she has five children, including the one whom 90% of other families would have exterminated, that God has chosen to call her onto the national stage at this time. She may be the one God wants to use to promote and defend an authentic culture of life, at precisely the time when the other side has nominated a man who thinks basic questions about when babies get human rights are "above his pay grade."

As I said, I can't presume to read the mind of God. But I do know this: I'm sure glad Queen Isabella didn't retreat behind the castle walls with her kids, when it was clear God was calling her to a great role on the world stage. If God is calling Sarah Palin to that same stage...well, God bless her and her family for answering that call.

Well said, Chris. I can't argue with a thing you wrote here.

Beautiful and I couldn't agree more. In a way, I always thought of Mother Theresa as mother to all those orphans, a tough job to balance with being a living saint.

THanks of this post, Chris, and noting the "extraordinary" cases.

Very good points Chris, it is still a tough one for me, the whole motherhood plus public office, however, I do have the greatest admiration for her and all the other great women of history. At least, we have some fun politics to watch and debate.

Well done and much less acrimoniously than I have done and yet I have no regrets. I'm a woman after all so my emotion is to be expected ;). 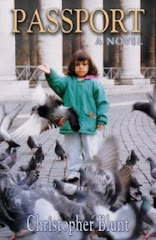